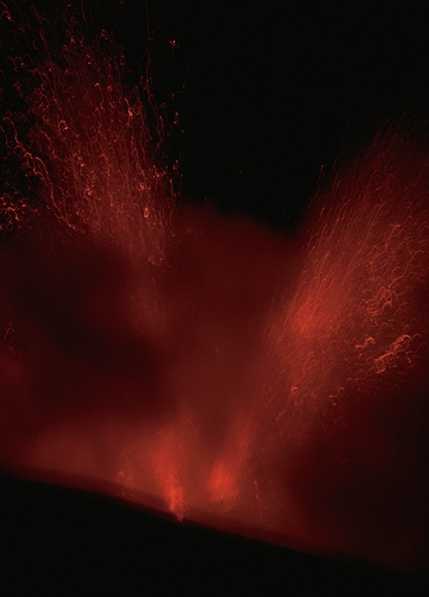 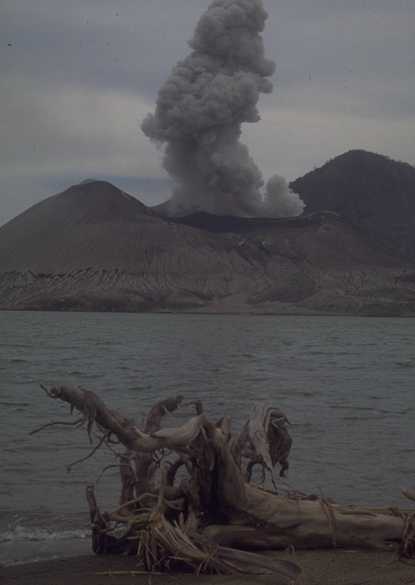 There are so-called red volcanoes and grey volcanoes. The red ones mainly erupt lava fountains and create lava flows. The grey ones mainly erupt grey ash clouds in an explosive manner. Thus, the grey ones are much more risky to mankind. Approaching a red volcano is much easier and less dangerous than approaching a grey one. The eruption shown here is accompanied by strong roaring thunder from the deep. Beware of falling stones thrown from the crater even in distances of several miles! 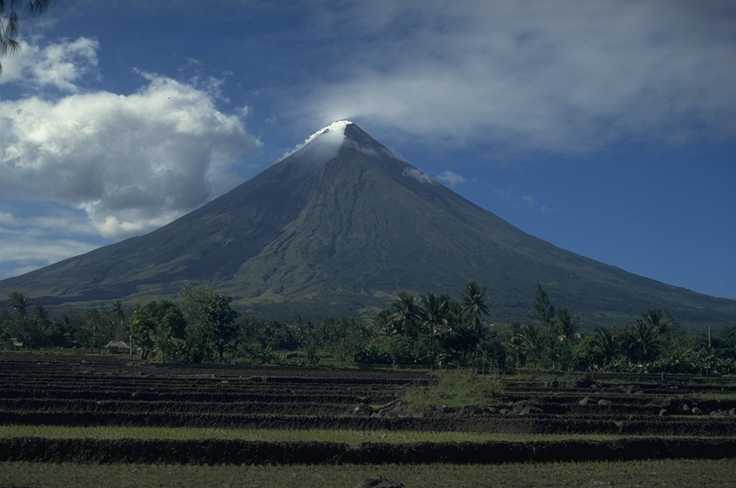 One of the most regularly shaped volcanic cones of the world: Mount Mayon, Philippines, picture taken near Legaspi. Watch the activity on top and the new black lava flow going downwards to the left! 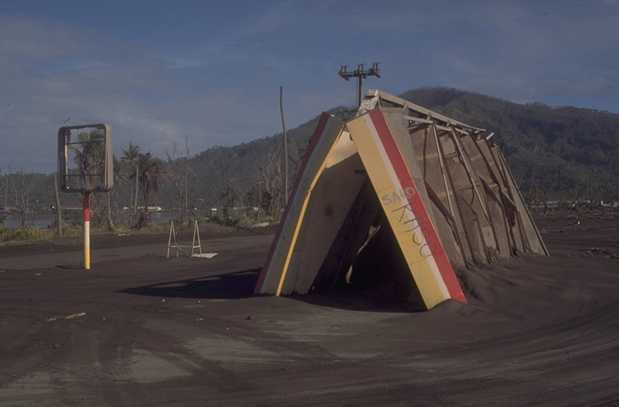 Roof of a petrol station collapsed by heavy loads of volcanic ash. This photograph shows, that buildings in short distance to volcanoes spewing ash should be covered by steeply sloped roofs only. This town, Rabaul in Papua New Guinea, collapsed and has been washed out like Pompeji in September 1994 due to a twin eruption of the volcanoes Tavurvur and Volcan AND the wrong type of roofing! 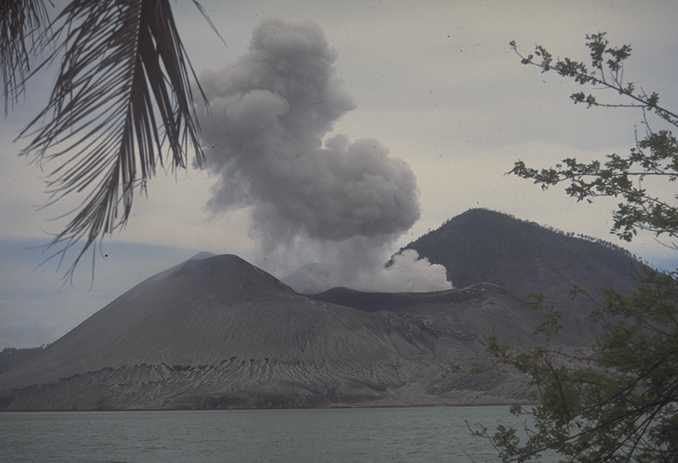 back to the root of this web